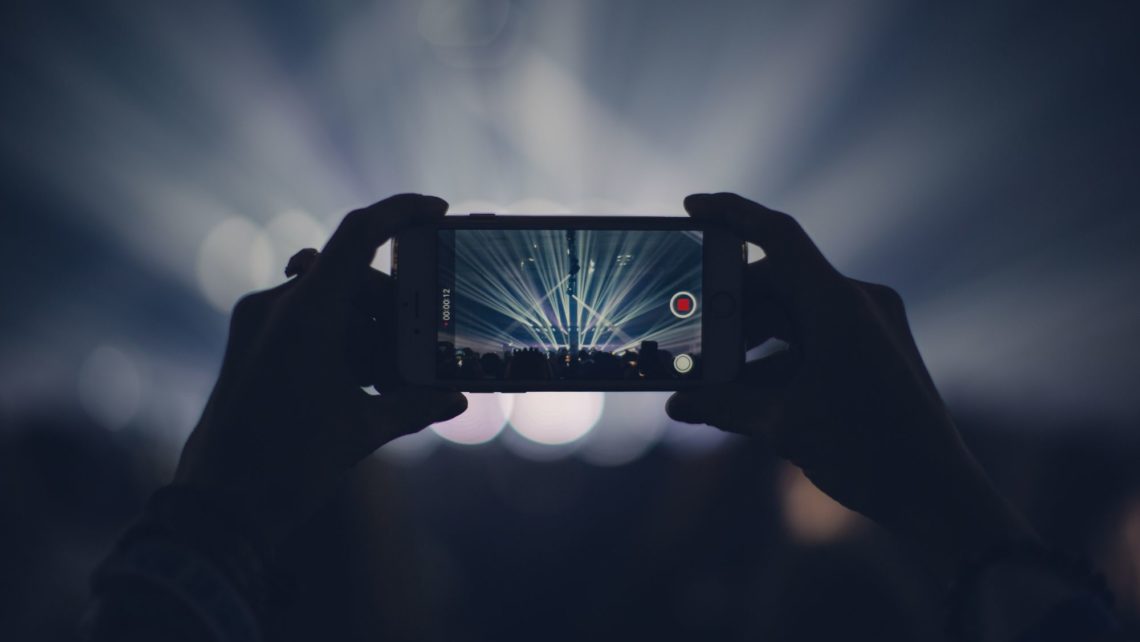 From cutting-edge coding to interactive graphics. New digital formats brings brands to the next level.

The digital media environment presents an overwhelming number of opportunities for innovative storytelling. From cutting-edge coding and responsive design to interactive graphics, new formats can bring a brand’s look, feel and future-focus to the next level.

The web has opened up a vast new playground for digital storytellers. But many marketers and publishers are still fussing about in the sandpit, abiding by the same old traditional media rules.

Consider the e-book – a perfect digital replica of a print format, with no changes bar the addition of a few links. It has its purposes, sure – but it’s incredibly overused. In many cases, it’s a travesty of unspent potential when you consider what else we can do.

Digitising analogue media – flat-footedly replicating its semiotics and structures – isn’t the way for innovation-driven organisations to communicate. For such organisations, communicating in this way is positively off-brand.

Increasingly, we’re waking up to the fact that some of today’s most in-demand storytellers aren’t just good writers. They’re coders, developers, data experts and animators (and increasingly owning more than one title). They’re grabbing hold of the web’s binary bits and transforming them into elegant representations, viewable and dynamic across multiple devices.

They’re also lateral, creative thinkers. Rather than building story corridors which shuttle users down a linear path from beginning to middle to end, they’re building story ‘spaces’, which a user can move within as if wandering through a city. Made to enthral and inform, these stories are stimulating previously untapped regions and receptors of web users’ neurochemical terrain.

Change is afoot. As seen across tech-progressive countries, coding is being taught on par with English as a second native language. In Queensland as of next year for instance, it’s to become a mandatory part of the curriculum for children as young as four. Four! It’s certain that users 10 years from now will scoot about the web entirely differently, where scrolls, clicks and other user actions with screen-based interfaces are loaded with new agency and power.

It’s an exciting time for content creators, standing as we do at the cusp of the digital content movement. You couldn’t really ask for a more opportune moment to push the envelope.

When and why to use new digital storytelling formats

Some stories are more suited to new storytelling formats than others. As with all good design, just because you can, doesn’t mean you should. The purpose isn’t to use technology for the sake of using it, after all. It isn’t just to look fancy or show off its frills. Instead, it’s used to solve a problem – to illuminate audiences and make it a little easier for their exhausted brains to process and retain information in a time-poor, content-saturated age.

Given the resources that need to be invested in coding and design, many existing examples of incredible digital storytelling are standalone projects, sites or microsites, produced to an impeccable standard. Weeks to months can go into research, development, site building and testing, though it’s likely that the craft will be embedded more naturally into publishing in years to come – perhaps even as part of breaking news. As it stands, many harness analytics, beautiful design, multimedia and journalistic expertise to produce considered perspectives users can explore in-depth. In other words, you’ll most often see it giving multidimensional meaning to long-form content – a format which has become increasingly popular with modern web users across topics.

The following three examples, all launched within the past four years, give an impressive peephole into what organisations can do.

Searching for Syria by the UNHCR and Google As Syria heads further into its sixth year of conflict, the devastation it has wrought upon land, culture, environment and tens of thousands of human lives is immense. With its ‘normalisation’ on the TV news cycle, and the increasing resistance of host nations to open their doors to those fleeing from the violence, the UNHCR realised that it had to find a new way to engage the world’s worn-down conscience in order to source desperately needed aid.

Teaming up with Google, the humanitarian organisation launched the microsite Searching for Syria, an interactive walk-through using high-resolution imagery, multilayered media, responsive design and expert insights – all based on data insights that told Google and UNHCR what their audience actually wanted to know.

The five question-based ‘chapters’ (from ‘What was Syria like before the war?’ to ‘How can I help Syrian refugees?’) come from a Google analysis of more than 160 million searches relating to refugees and the Syrian War. Within each navigable section, users can learn about life on the ground – that in 2010 one of the top Arab searches was ‘Miley Cyrus’ for instance. Several chapters on, they find themselves watching a fullscreen YouTube video of refugee camp Za’atari from the sky.

As Christopher Reardon, chief of content production at UNHCR explains, the site aims “to break through the compassion fatigue and the fear – to offer a new entry point that helps people re-engage with this conflict.”

Launched as a feature on Google’s home search page, in four days Searching for Syria drew 20 million visitors. Shared widely the world over, the project deftly leverages data to show that the loss of human life is more than just a statistic. The partnership aspect was crucial.

“UNHCR can provide authoritative refugee data, expert knowledge of the humanitarian response, and a rich body of multimedia storytelling that we’ve produced over the course of this devastating conflict,” Reardon says. “But as a humanitarian organisation we can’t match the talent that Google can bring to bear in designing and developing a website as immersive and compelling as Searching for Syria.”

‘A New Whitney’ by the New York Times

As you’d expect, premier news and culture publications are at the frontier of digital storytelling formats. While the New Yorker still tends to like words best, shying away from too much multimedia given its minimalist brand position, it still dabbles selectively with new features. The Guardian broke out with ‘Firestorm’ in 2013, and the Sydney Morning Herald has shown innovation in the area too.

The New York Times is particularly laudable. In December 2012, they published the milestone multimedia story ‘Snowfall’, a six-part story about the catastrophic Tunnel Creek avalanche. Heralded as the “future of online journalism” it won the 2013 Pulitzer Prize in Feature Writing and a Peabody Award.

In the years since, the paper has delved into new formats for articles across topics – even in the relatively unpopular Arts section. Alongside high-res photos and looping GIFs, arts review ‘A New Whitney’ cuts up the prose by swooping readers into experiential 3D tours of the interior and exterior of New York’s Whitney Museum of American Art. This creative medley enriches the author’s voice rather than snuffs it out, so that observations and statements are given a visual counterweight.

Everything The Pudding does. (Seriously) 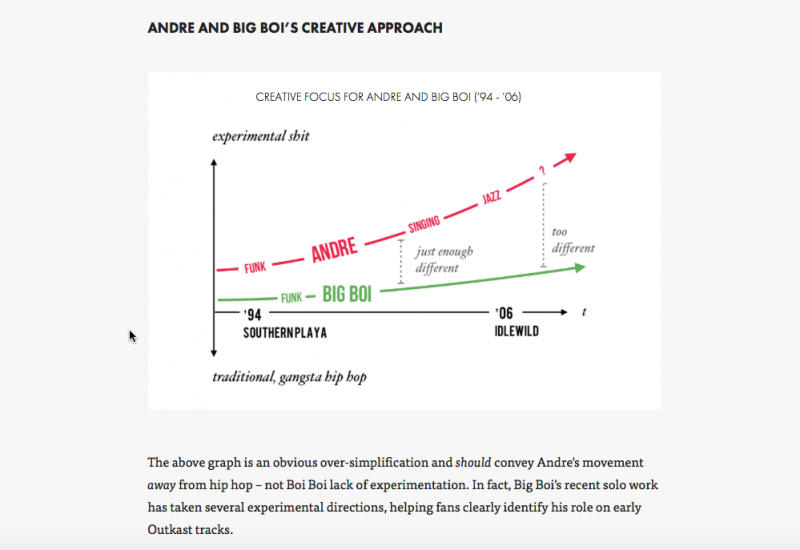 The proof of digital storytelling is in The Pudding. A website of visual essays by Polygraph, a visualisation specialist collective, it stakes its identity and purpose on being a space for new, experimental forms of storytelling to flourish. Pairing sublime data visualisation with journalistic excellence, it is a genuinely amazing achievement of new media.

“Imagine a New Yorker–esque long read about a complex topic, but code, data and animation replace dense prose to construct a different sort of story,” the site explains. Publishing across sports, culture, music and politics, its authors are given expansive deadlines to investigate their topics of choice, plunging their heads and hands deep into data, and inventively building it into easily translatable ideas. Articles so far include the legacy of Miles Davis from the 2,452 Wikipedia pages he’s mentioned on, an analysis of more than 12,000 images of last year’s US election candidates, and Outkast, in Charts.

“Each project represents a few weeks of the author’s life, spent researching, analyzing, and coding a culturally rich topic,” Polygraph tells us. “The output: an interactive experience that seeks to advance public discourse in a way that a traditional 20,000-word essay never could.”