How many emails are too many? Are your click-through and open rates hitting the mark?

Two reports have been released overnight that shed light onto common email-related questions asked by associations. Most notably, writes Roslyn Atkinson, the question: how many emails are too many?

Almost 60 per cent of the 865 associations (mainly in the United States) surveyed for the 2014 Membership Marketing Benchmarking Report send out one to three emails per week. The mean number sent was 4.3 emails per week. The report hasn’t yet been released, but the stats were revealed as part of a free webinar, which you can view here if you want a sneak preview.

Meanwhile, the 2014 Association Email Marketing Benchmark Report found that 70 per cent of associations send 1-5 emails per week. This corresponds roughly with the associations receiving the highest open rates – the inference being that if you send any more than this, your members start to ignore and delete them. This data came from analysis of more than 1 billion emails sent using the Informz email campaign software, from associations in the United States, United Kingdom, Australia, New Zealand and Canada.

Is our open rate good, bad or average?

And this might make you feel even better about your association’s results: few associations actually get more than 50 per cent open rates (although it’s great to aim for it!) How can I improve the effectiveness of my association emails?

Given that emails are regarded as the most important communications channel for both members and potential members, it’s critical that associations have some sense of whether their emails are working or not.

The Marketing General report found that email was the number one method used by associations for creating brand awareness, ahead of their association website, word-of-mouth recommendations, promotion at their own conferences and direct mail.

Decide on your time of send

Informz suggests the best time for opens is in the evenings, with an average open rate of 35.3 per cent compared to 32 per cent for mornings. However, click-throughs are slightly less in the evening. The reason seems to be tied to the fact that emails opened in the evenings are also much more likely to be opened on a mobile, so the audience is opening the email and glancing at it (for less than 3 seconds) but not necessarily giving the time to click through and read more.

Decide on your day of send

Actually not much different for Monday to Thursday, but Friday has a slightly higher average open rate of about 39 per cent. Most associations don’t send emails on weekends, so data for weekends is only a small sample.

Pay attention to your ‘from’ field

If you use the name of your association as the from field for every email, eventually your audience’s inbox will fill up with lots of emails all from the one place, which makes it much more tempting to hit ‘delete’. Try using specific from fields such as ‘ABC association – enews’ and ‘ABC association – events update’ to help differentiate them.

There’s been a lot of debate in recent years about whether short and snappy subject lines work best or long subject lines that list a lot of topics from the email. Informz found a clear winner: subject lines with 10 characters or less had a massive 49 per cent open rate! And I’ll bet this has something to do with the fact that nearly 45 per cent of all emails were opened on mobile devices, which far surpassed desktop opens of 32 per cent.

The biggest sin you can commit with your subject line is to use ‘Weekly news update’. While there are some exceptions to this rule (it does work for some associations), in general it makes the email far too easy to delete. Hook your audience with a subject line that compels them to open the email. Give them something useful, something they want or something that invites curiosity.

The Informz findings show that there’s really not much difference for any time of day for click-through rates, though afternoons fair the best. But it does depend on the nature of your sector – you might find that a particular time of day works best for you, so it’s worth doing some A/B testing to find out.

Interestingly, having lots of links in an email (such as for an enewsletter) greatly improves your chances of being clicked through. Even if all the links go to the one place, have more than one spot on the email that can be clicked. The highest click-throughs came from emails with 30 or more links.

Remember: less is more when it comes to email design templates

Have a clear, clean and attractive email design. Use images that help to tell the story, not tacky stock images just for the sake of it. Make it easy for the reader to know where to look.

Create headings that entice and engage

The term ‘click-bait’ has emerged to describe the type of headings that say ‘You’ll never guess who just did this!’. As annoying as they are, they do encourage clicks. But long-term, they might annoy your audience, fail to deliver on their promises and cause more harm than good, so my advice would be to use them sparingly.

The number one factor for click-throughs is whether your content is actually interesting and relevant. It’s essential to understand your audience and review your analytics to see what topics interest them the most. 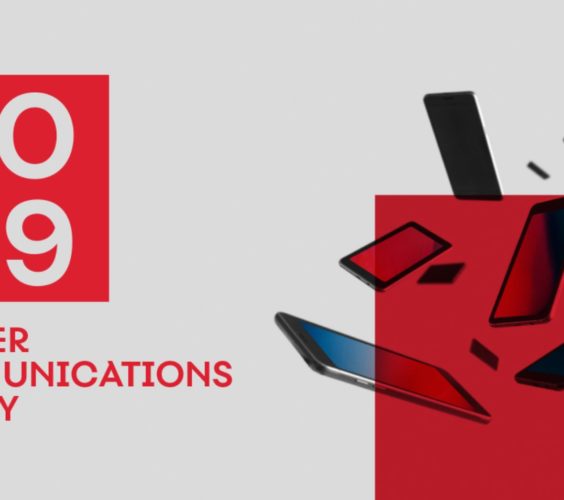