Breaking content into smaller chunks gets you more for less, saved time and wider reach.

Breaking your content into smaller chunks means you get more for less, reach wider audiences, and save your time. Follow the lead of these brands and repurpose content.

Everything old is new again, as they say. But this can also be the case with your content.

Content atomisation is a term coined by PR and social media expert Todd Defren and used to mean ‘sharing content in small bits’.

That’s an overly simplistic definition but, in essence, atomisation means taking a high-value piece of content and repurposing it in a number of easy-to-consume ways. These smaller chunks are made in ways that suit the conditions of each platform and the preferences of each audience.

Importantly, each chunk you create drives traffic back to your high value content. When the content is gated repurposing can be a source of leads.

Done right, repurposing offers opportunities to personalise and convert, SEO benefits, and better engagement across a range of audiences. It can also save you time and resources – cutting costs and improving ROI.

For example, the ebooks in Marketo’s Definitive Guide Series run up to 100 pages long and are too heavy for most audiences. But it uses these pieces to create a wide array of content. They have spawned blog posts, infographics, webinars, videos, SlideShare presentations and cheat sheets. In the end, The Definitive Guide to Social Media alone has more than 102,000 views – despite being a gated piece of content.

Here are some other top examples of organisations repurposing their content. 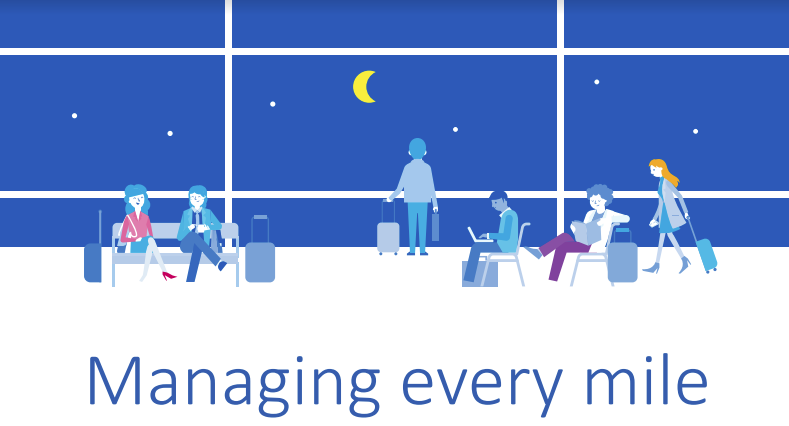 Amadeus invested in research from the London School of Economics to create an in-depth whitepaper called Managing every Mile, explaining how to deliver return on investment from employees’ travel and expenses. (Full disclosure: Amadeus is a Mahlab client.)

There are always many ways to use good research. Naturally, after investing in this content Amadeus worked on atomising it. They created blog posts, articles for LinkedIn Pulse and infographics.

The company page and key employees’ personal pages on LinkedIn and Twitter shared these articles, which cover topics such as Five ways to boost business travel ROI in easy-to-understand snippets.

All the individual ‘atoms’ include a call to action that drives interested users back to the whitepaper. That way, the money invested into this research has not been locked away on the company website. It becomes accessible to more than one audience, and drive leads from every channel. Repurposing can be an effective way to build awareness of your high value content. But, in this example the starting point is not an ebook or whitepaper, but an event.

Breaking2 was two years in the making and its plan was to achieve the impossible – to break the two-hour barrier for the marathon.

Did they break the two-hour limit? Not quite, but Kenya’s Eliud Kipchoge ran the fastest marathon in history at 2 hours and 25 seconds.

The event did generate hours worth of content. More than 13.1 million people streamed the race live across Twitter, YouTube and Facebook. Shortly after the event, Nike announced it had partnered with National Geographic to produce a feature-length documentary about the feat. This documentary gained a further 1.8 million views on National Geographic’s YouTube channel.

Both before and after the event, blog posts on Nike’s site covered the lead up, race strategy, the location, the results and how traditions and science come together to make marathon champions. And, of course, it covered the specially engineered Nike shoes customised for each athlete. The company also struck a deal with Runners World, allowing an invested audience unique access. They produced articles, videos and podcasts.

They even had a documentary spin-off, Breaking26.2, following comedian Kevin Hart as he attempts to complete his first marathon – a neat switch to a secondary audience.

Let’s look at a case study that convinced a team of marketers to make repurposing an embedded part of their content strategy.

To test out ideas around atomisation and the repurposing of content, the team created Jay Today TV. In three-minute videos, Convince and Convert founder Jay Baer offered his thoughts on business, digital marketing and social media. Each video was then repurposed into a variety of formats including:

That’s a lot of content sourced from one quick video.

The team discovered that to repurpose content effectively, you need to make adjustments for different platforms. Often, they would rework headlines and write different pieces for LinkedIn, Medium and their own website, focusing on the same general theme.

The experiment paid off – the series was shortlisted for awards and convinced the team to recommend atomisation to their clients.

For atomisation to work, it needs to be embedded into your content strategy.

Afterwards the panel’s insights were turned into an eight-page feature for Engineers Australia’s print magazine, create. They also became an infographic (representing dozens of statistics at a glance) online articles and blog posts and a six-part sponsored content series.

The final stage of the atomisation process included amplifying the story on social media. The best-performing post looked at how data analytics found an unusual connection between Phillip Island fairy penguins, trees and Sydney property prices. The lesson: you just don’t need to tell the entire story every time. Sometimes pulling out relevant sub-messages can be more effective.

With atomisation in their content strategy, a small breakfast event continued past when the dishes were cleared and across a range of platforms and channels.

ESPN focused on its core audience of sports fans, literally, with We the Fans. The project centres on a documentary series that chronicles the lives of a group of Chicago Bears fans through an unimpressive season. The fans include a beer vendor, a single mum who fought to keep Bears season tickets in her divorce settlement and a man taking care of his elderly mother. The fans’ overwhelming passion takes centre stage.

Alongside the documentary, the network released content across its platforms. This included online exclusive videos, photo galleries, articles and a podcast, content for its WatchESPN video service, social media posts and magazine articles.

The website itself is an interactive experience – you can choose which person’s story you view based on the seat you select.

Of course, it helps having ESPN’s platforms to play with, which extend beyond television to a magazine, website and apps. But atomisation for different platforms isn’t as simple as taking television content and sending it out through social media. Audiences use different devices and platforms differently.

“The idea was to take advantage of all of ESPN’s platforms,” said Chad Millman, ESPN’s editorial director of domestic digital content at the time of the project. An ESPN study found that when it shared content across platforms, people interact with the broadcaster more, not less. Atomisation ensures that dedicated sports fans can consume stories the way they enjoy consuming content. As a result, the network increases brand loyalty and engagement.